I was an intern UI designer at the start-up company Beeple in Antwerp, that sells a management planning tool for companies mainly working with flexible staff. I worked on the application itself as well as on their two mobile apps and the company’s website. I mainly focused on low fidelity and high fidelity wireframes for the application and working together with developers to realise the changes.

A complete, new user interface had to be created to make the workflow faster. The previous design system was convoluted and unintuitive, making the users take long steps to get to their goal.

There are two kinds of users who used the main software tool:

I was in charge of redesigning the entire application to enhance overall user experience. My role included UI design but I used several UX design methods including wireframing. Being the only designer in the company I had full responsibility drafting design versions and ideas.

The scope of the project was that a redesign was planned within three months after I began the assignment. This included the desktop version of the tool. Two mobile applications had to be redesigned according to the same design principles as the desktop version.

Before I started to redesign the entire application, I decided to look at the current user needs and the company’s vision and core values. I also did extensive research into the current application and noted key problems by users, unnecessary features and overall bad design. After I had done my research, I started working on early sketches/wireframes, which I discussed with colleagues. After many iterations, I started working on a final proposition to get feedback from clients and users. Some changes were made before I submitted the final draft to the developers. A lot of my time was spent solving multiple design and development problems while maintaining consistency throughout the design system.

Here are earlier sketches/wireframes of the product.

These are part of original sketches of an early stage wireframes stage of the main account.

These are part of original sketches of an early stage wireframes stage of the main account. 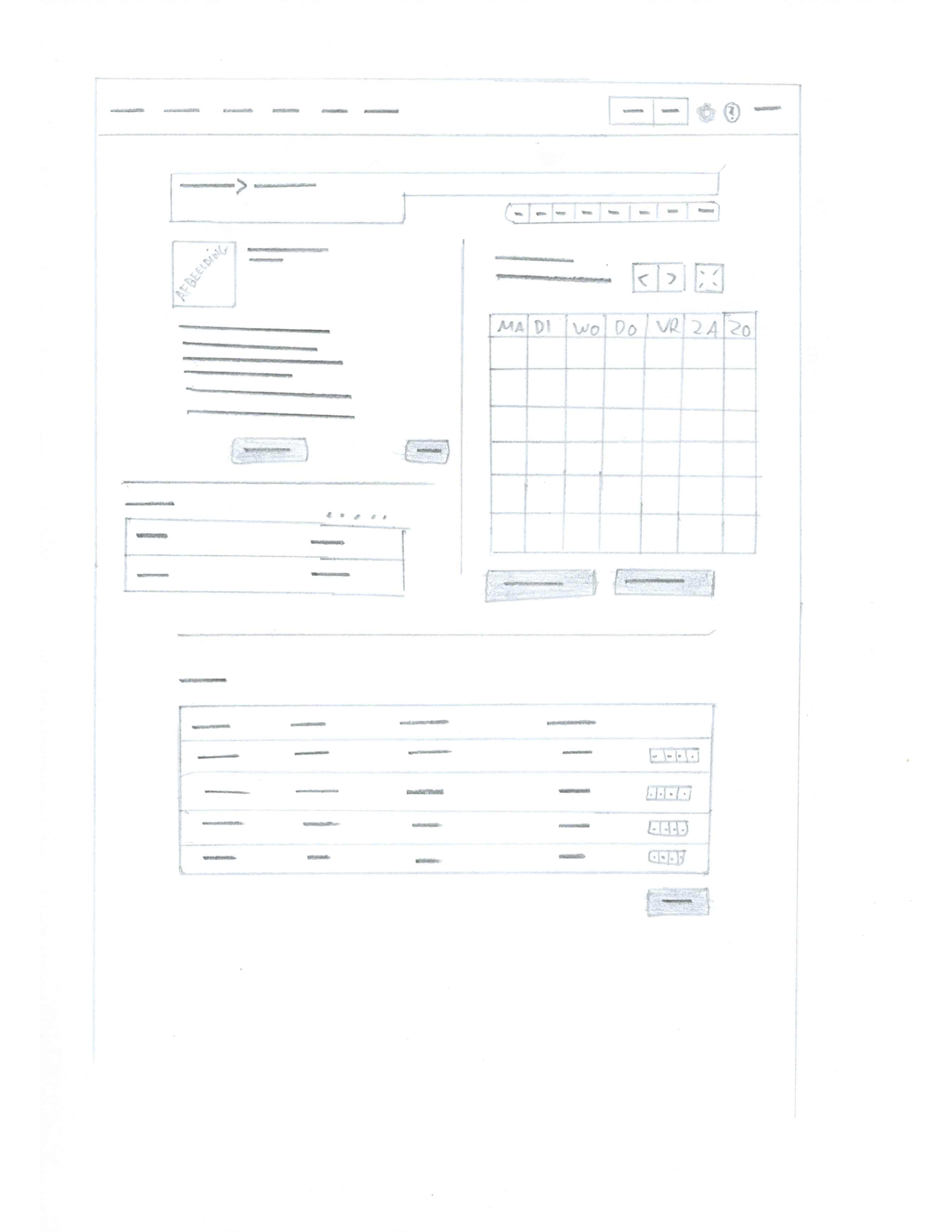 I tried to look for what users wanted in such an application and what the core problems were. For example, users found it difficult to switch to a calendar-mode from an ordinary list. The switch-button was small and was hidden amongst other buttons. I made a hierarchy of buttons in order to look for priorities within the design system. I started working on wireframes with different designs based on that hierarchy and as a result, the design was visually less convoluted because of it.

Because of the hierarchy, I became aware that I had to look at the user’s workflow. I worked on a multiple page sitemap of the current workflow and corresponding pages. A lot of goals were put far away in the workflow and as a user, you had to go through multiple pages with actions and buttons in order to achieve a specific goal. I worked with a system of modal dialogs and inline editing to optimize the workflow. Discussions with the development team and the CEO and a lot of small iterations and inspiration of other tools were done in order to solve these problems.

Clients were quite happy with the redesign of the application. They agreed that it was a much-needed improvement compared to the previous version. Some features were added and some were repositioned, so users had to get used to the redesign. Next couple of weeks, nearing the end of my internship, we gradually got more positive feedback. I left the company while the mobile app was still in a development stage.

I gained valuable experience working with deadlines, clients and developers during my time at the company. I spent a lot of time designing core features and I was seen as an expert in this field, which gave me a lot of confidence to create something valuable. If I could have done things differently, I would’ve made sure to get more testing done to get more credible feedback earlier on.

Beeple won Belgium’s startup of the year at the KMO 2016.