Together with a partner, we had to come up with a concept for a mobile application that would be used by film critics. Going through two user journey maps, a sitemap, several sketches, wireframes and prototypes, we ended up with an essay on why we think this application is valuable for the user.

There were no mobile applications for film critics to use while watching and reviewing a film. The task was to create one from scratch, to use the latest mobile design trends and to test the final prototype.

Two types of potential users were common for this mobile application:

Extensive research was done on both types of users in the research phase of the process.

I collaborated with another student in this course at the University of Applied Sciences Rotterdam as a UX designer. The methods listed below were all used by either myself or together with my partner.

The scope of the project was to do research into the best practices/trends of mobile design and the core user. Following the research we had to come up with low fidelity wireframes and a working prototype. No visuals were to be added and we had to explain everything in a design rationale.

The result would have to be a mobile application and the type of users were assigned to us.

To better understand the user, I started creating two user journey maps (one for each type of user) to look at the process of a critic reviewing a film. A paper user journey was made and then we digitalised it in a Numbers-sheet looking at the stakeholder, emotion, channel, technology and context during the pre-, mid- and after-experience of a user reviewing a film. Method patterns, perceptions, problems and potential ideas were noted.

User journey map made with post-its. We made to of these – each for every user base. I then digitalised it in an Numbers sheet. 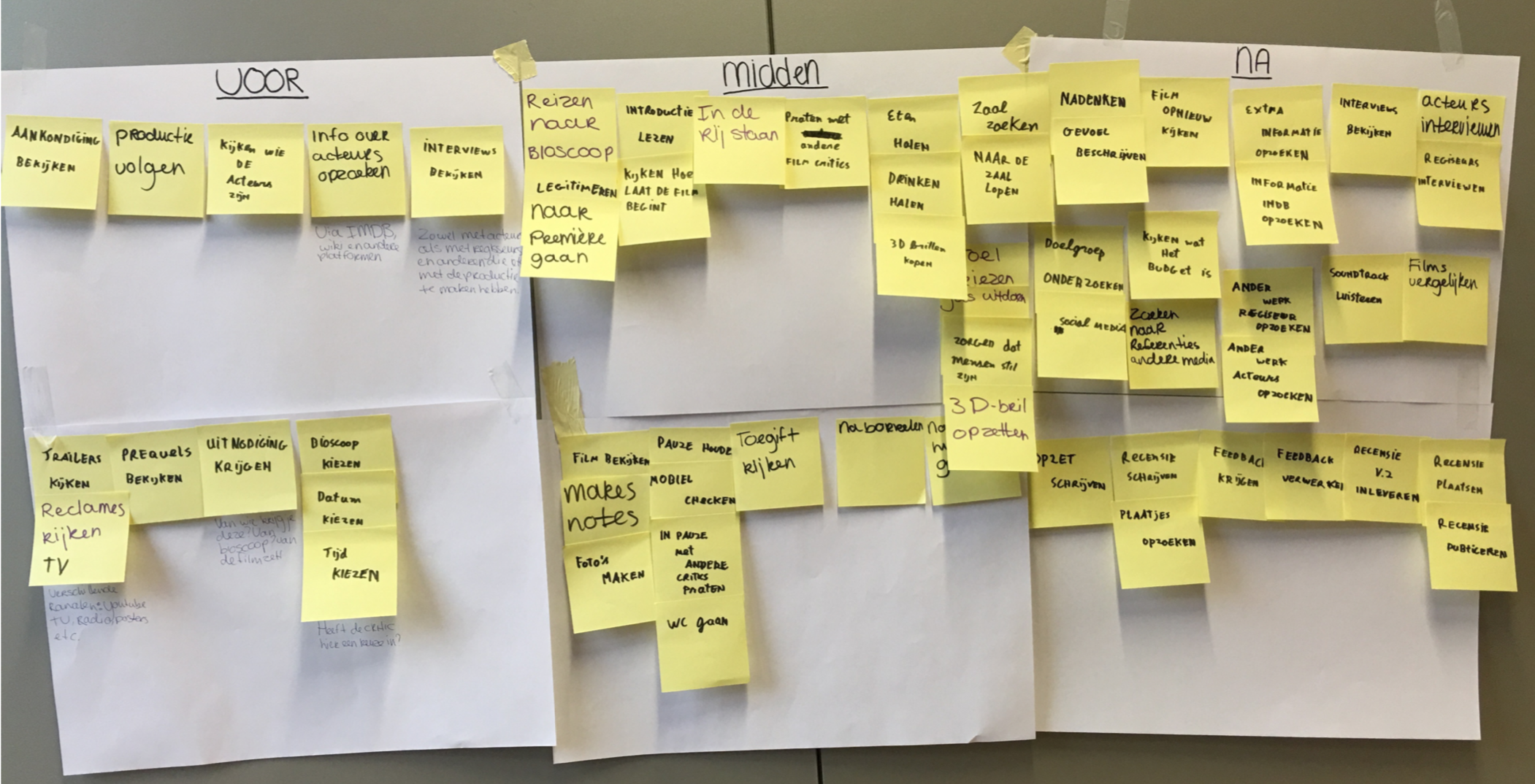 After analysing the user journey maps, we looked for potential ideas using a brainstorm session.

A concept was proposed using a mobile native application that would be useful throughout the whole experience. It would include features like (voice) notes to take notes about and during the movie, a database of films and other information for the user to research as well as a schedule for upcoming movies and deadlines.

The problem we noted earlier during the creation of the user journey maps, was that using a mobile phone in the cinema was considered inappropriate. For example, you could disrupt the viewing experience of others (and your own). We tackled this by implementing a dark-mode and voice notes in the concept in order for the user to limit the disruptions. The mobile application would mainly be used to take notes (written or voiced) and to research films. The actual writing of a review would still be done in the ‘after-experience.’

Because of the need of certain functions including GPS, microphone and the agenda the application would be native application instead of a web application. There would also be an integration implemented with a film-database.

Initial sketches, sitemaps and table of contents were made. Multiple small scenarios and tests were made to test the feasibility and usefulness of the app.

Sitemap created according to the concept and first wireframes. 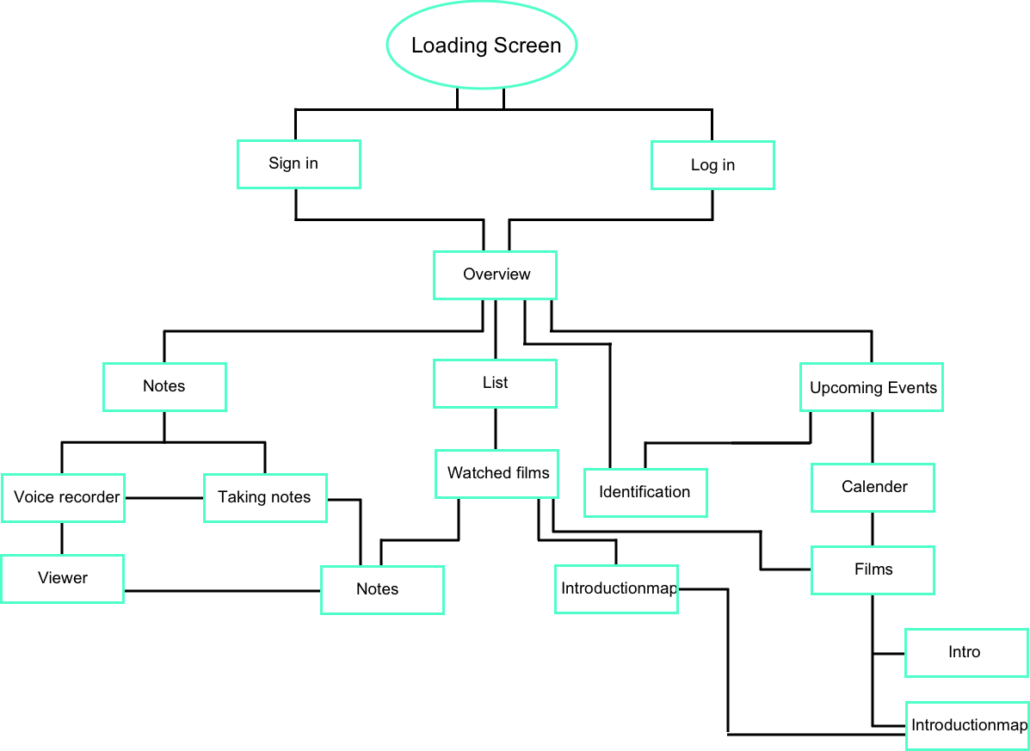 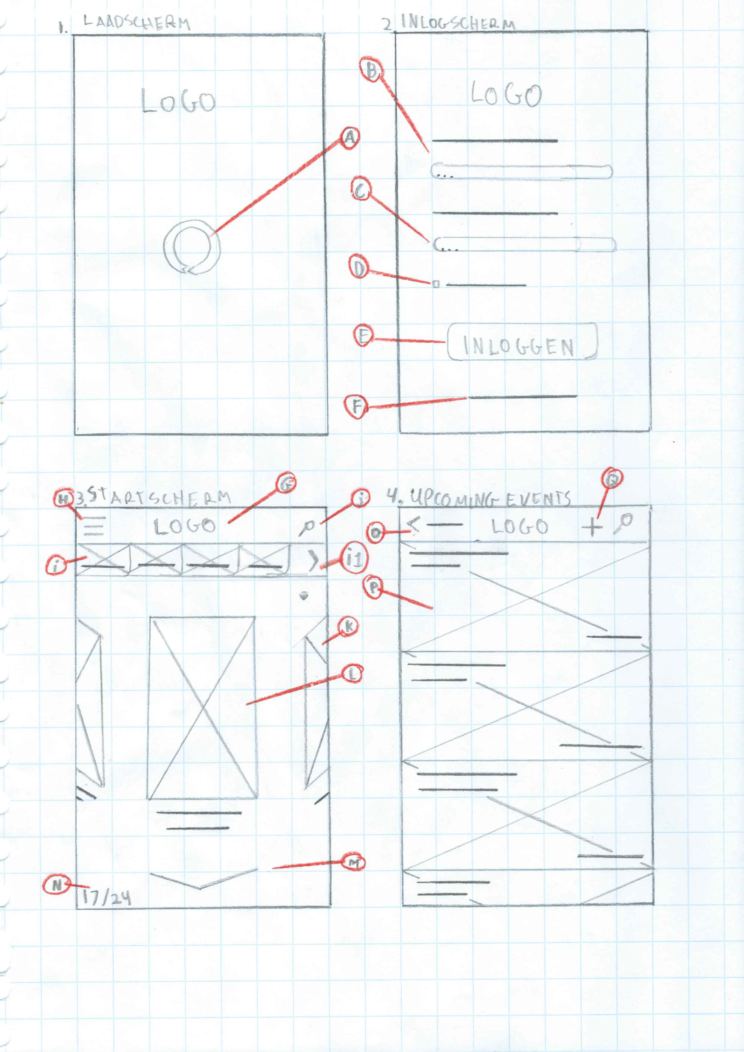 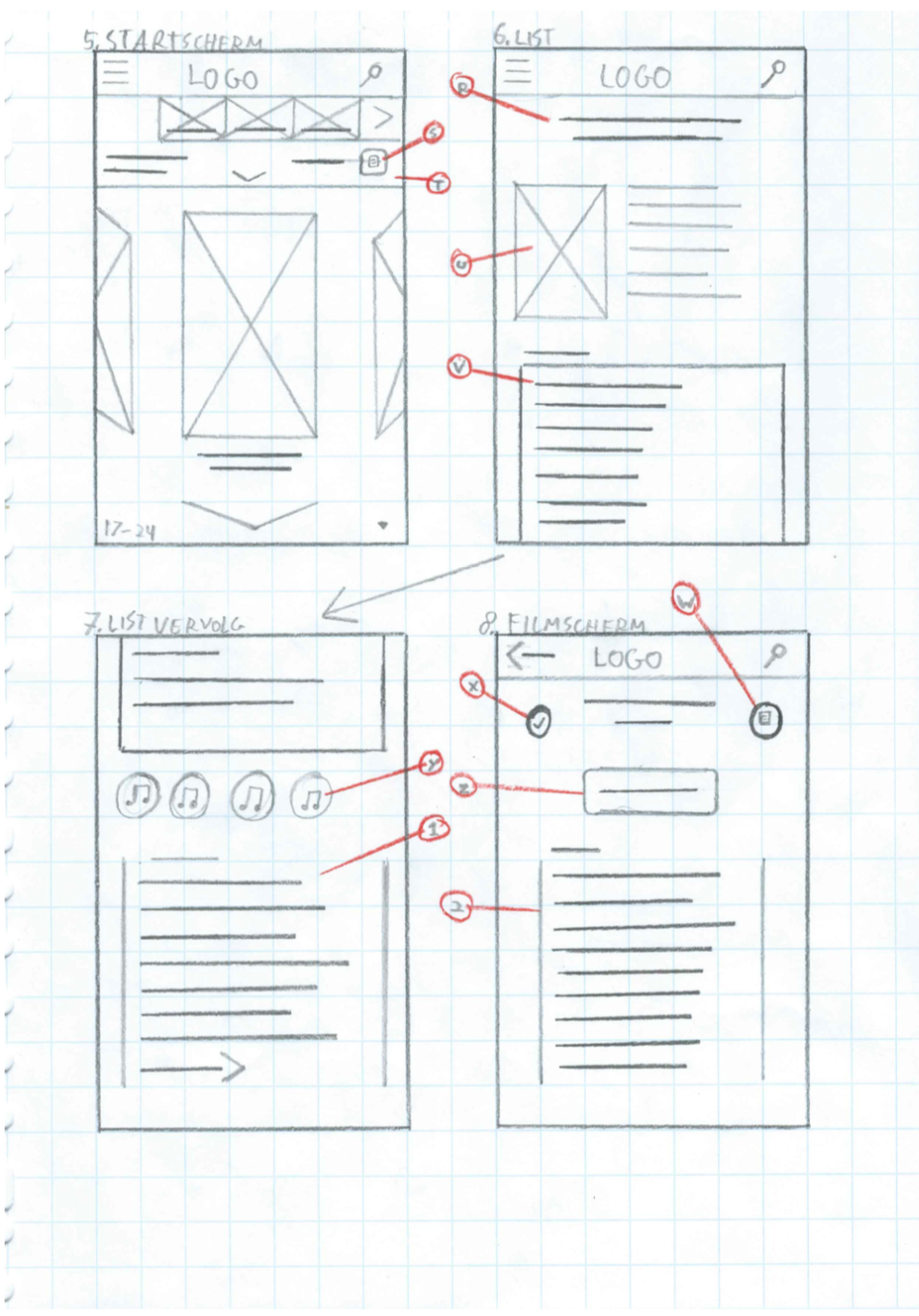 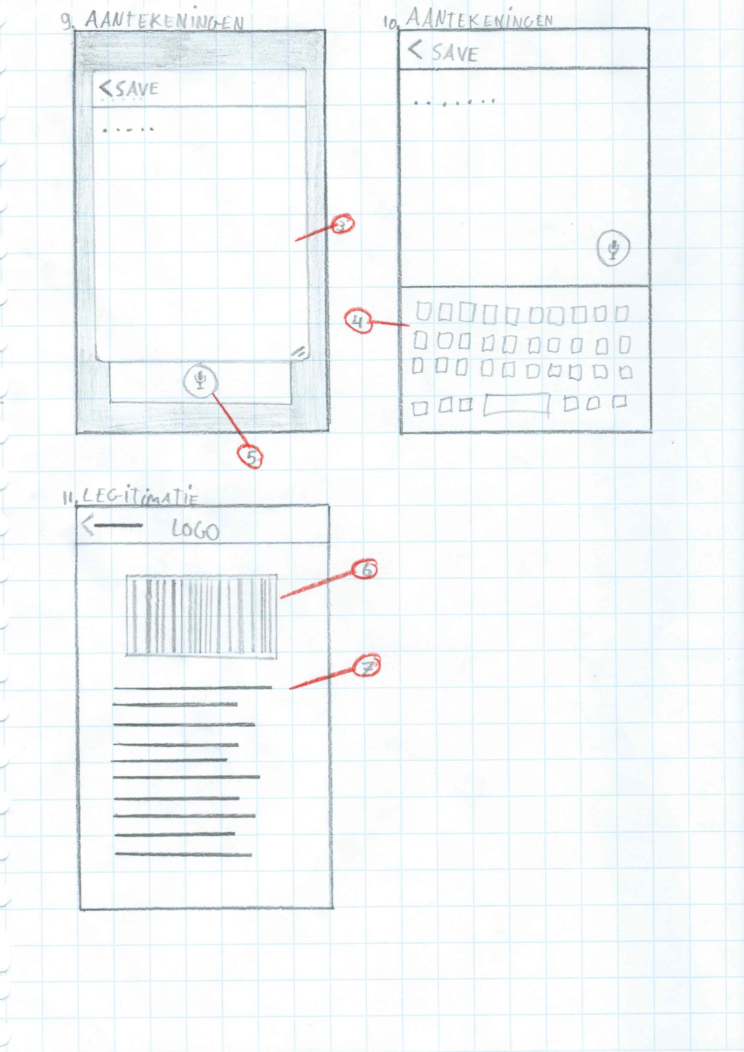 The wireframes were quickly prototyped using Invision and were tested with other students. Feedback was minimal: font-size had to be made bigger and voice note-taking was a bit confusing at first. I made the changes into the next version of the wireframes, which we tested as well with students. Font-sizes were made bigger again and a more clear active state of voice note-taking was made (look at the video below).

There was also not a big difference between the two user types. Freelance filmcritics had to buy movie tickets themselves but filmcritics working for a company had access to an identification option in our mobile application.

I made the last version of the wireframes in Sketch and created a working prototype in Invision (We made a prototype in Flinto as well to ensure that all animations were correct). I then explained the animations, gestures and patterns used in the app in an essay. Justifying design choices was a big part in this project and I had to ensure the concept could stand on its own.

As you can see, the prototype is the direct result of this course showing all the animations of the application. The application can be used to plan the reviewing of the film, to take notes and voice memos, to look up information about the film and to gain access to the movie theatre. Although the user base is small, I wanted to test out the prototype with real critics but due to time constraints that wasn’t possible. I learned a ton during this project, from tackling problems to justifying design decisions.